The most correct way to wash your car 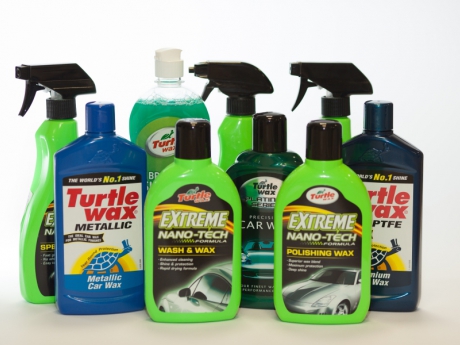 Time for a shower!

First, the body must be rinsed removing mud and dirt. Thus, the car will be cooled, and possibility of appearance of stains will be decreased upon rapid drying of shampoo on part of the body. In order to wash the car as perfectly as possible, a separate sponge will be useful for the dirtiest parts, thus reducing the risk of scratch of body and lamps with sand and salt grains. A piece of suede should be timely prepared – the larger it is, the quicker it will remove the spare water after rinse. Use of PVA synthetic leathers or flannel towel is an alternative, although this will prolong the process. After the rinsing, it is recommended to move the car a little, in order to avoid accumulation of the discharged water in the brake block and promotion of rusting.

The most reasonable way is commencement of washing from the top – the run-off shampoo will have more time to unstick the dirtiest fragments at the lower part of the car. First, wash and rinse one side, then – the other side. Upon washing of the entire body at once the washing liquid can get dry and make stains, which will have to be unstuck repeatedly. Washing of steps and other “invisible” painted parts may not be forgotten. Rinsing and drying of shampoos containing waxing admixtures will be the easiest.

Car body is the first part facing objects causing damages – grains of sand, salt, tar, oil and the solid particles of emissions. Bird excrements, especially in cases, if birds have previously had such acid-containing snacks, as berries and fruit, can destroy the protective lacquer of the body, sometimes even penetrating down to the paint. Therefore, it is worth to inspect on not only the hood and boot lid, but also the roof. However, stones are the most malicious elements, which, rebounding from the opposite driving vehicles or your vehicle, hits jags in the paint immediately. Special attention should be paid to the car’s front and steps, which suffer from such hits most of all. More serious jags can become a source of rust in a couple of days even for a new car.

To wax or not to wax?

Answer to this question is not hidden only in the reserve of free time and the willpower. It arises out of the basic functions of wax – cleaning and polishing of the upper layer of protective lacquer and creation of protective layer between the body and its outer enemies. Most waxes or body polishers contain lenient abrasive particles, lubricants and waxes. Cleaning admixtures remove layer of the oxidized paint and make the body shiny, but the transparent waxing coating serves as a protective layer. Just a regular cleaning and waxing of body prevents oxidizing of paint. Car waxes are available as paste or viscous liquids. The latter are the most demanded ones due to their user-friendliness, although result and stability do not change. Pastes can turn out to be more economical, since the liquid wax can be poured from the bottle in excessive amounts without special trying.

Regarding the wax, a few preconditions must be followed to reach the planned result:

• Wax must be spread on a clean and dry body (with exceptions of the fast waxes, which can be used right after rinsing of the car).

• Direct sunlight must be avoided during the waxing, since the sunlight, just like heated body, stimulates sticking of wax onto the body and make polishing difficult. Range of ideal air temperature is between 10ºC and 30ºC.

• Spreading of wax with round movements on small areas of surface (half a meter x half a meter) is recommended; wait until it gets misty (but not dried) and polish.

• Damaged spots of body, where the layer of protective lacquer is uncovered, may not be waxed.

• Most waxes are intended for painted surfaces only. Spreading of these waxes elsewhere will result in stains. Thus, processing of plastic bumpers with any of the plastic polishers will facilitate removal of the white stains after the waxing.

• Uniform spreading of wax will be easy, using a lightly moistened sponge or flocks-free cloth (best of all – micro-fibre). Use a dry micro-fibre cloth for polishing.